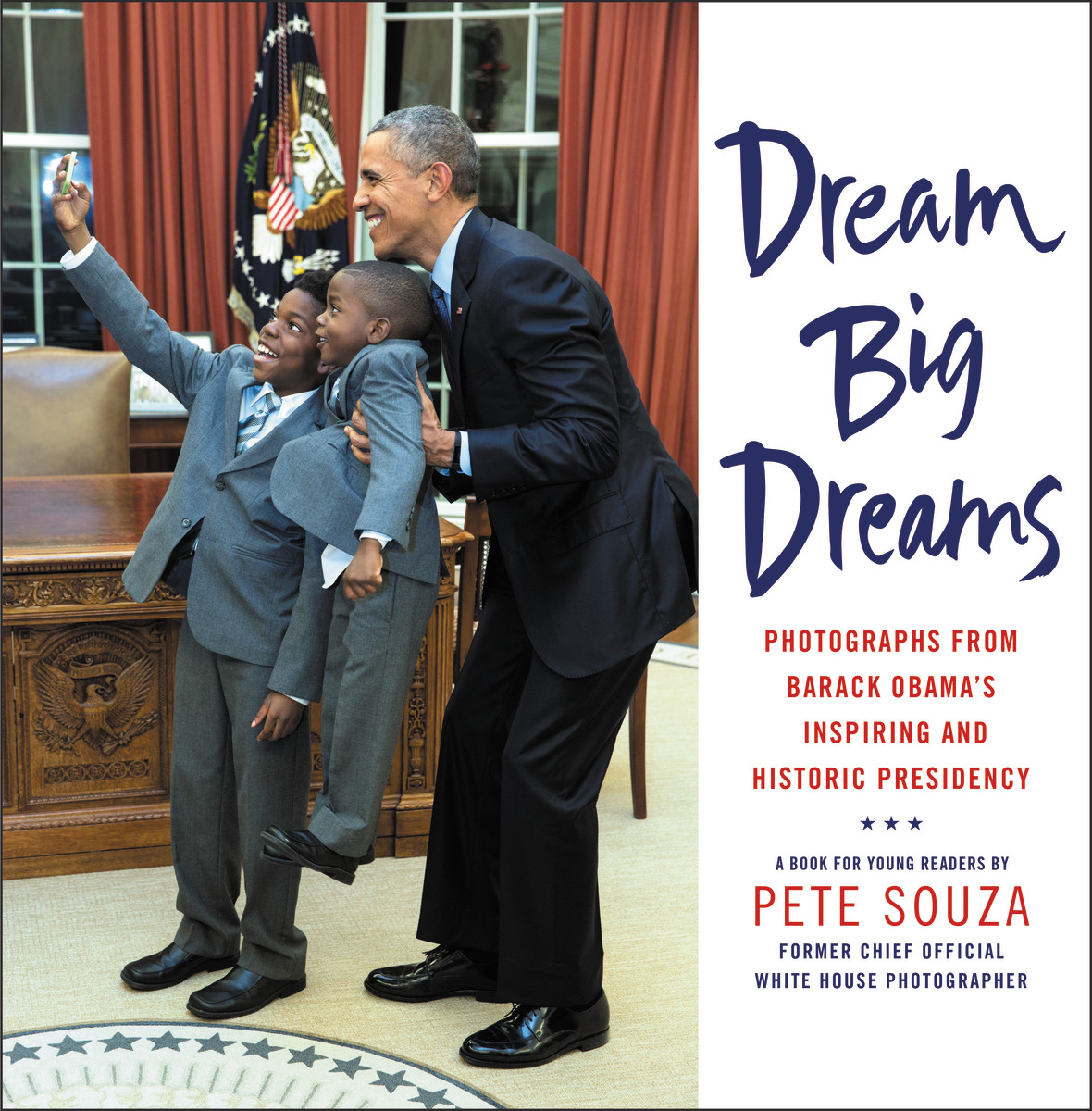 Dream Big Dreams: Photographs from Barack Obama's Inspiring and Historic Presidency
A book for young readers that highlights Barack Obama's historic presidency and the qualities and actions that make him so beloved, by his Chief Official White House Photographer who captured all of those moments.
Pete Souza has been photographing President Obama since he was a  U.S. Senator. His photos have become a salve to a nation divided, and his first book for young readers will offer up both iconic and never-before-seen photos of Obama, with an emphasis on the irresistible photos of Obama with children around the world. Paired with some of the stories behind the photos, the photos will tell the story of a president who made history and still made time to  engage with the people of the country he served, even the youngest citizens.
NOW AVAILABLE at Amazon, Barnes & Noble, and IndieBound.